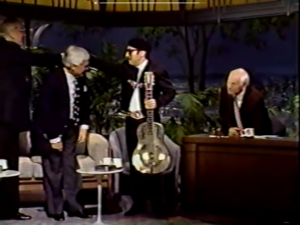 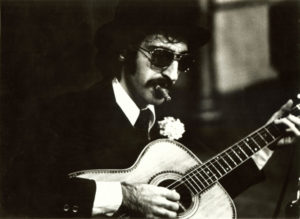 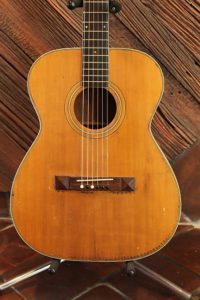 As Leon Redbone enters retirement,the time was right as well as the opportunity to acquire two significant 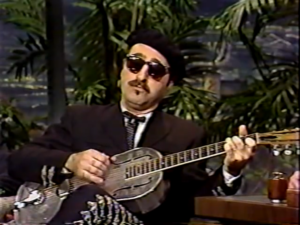 instruments used by him. The first was his earliest recorded and professionally played. A mid 60’s Harmony with down home vagabond style embeishments added by he. The guitar can be seen in the very first video clip known at The Buffalo Folk Festival in 73’ . The clip can be seen on You Tube. The guitar can be heard on the Third Man Records release of “ Long Way From Home”. Recordings from 72&73. Also acquired was Leon’s 31’ National Resonator as seen on The Johnny Carson Show. Both of these instruments are very significant in the career of Leon Redbone and two that I am honered to welcome into my home and the stages I play.