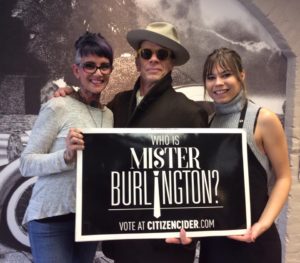 Recently I was honored to be chosen as a finalist in Citizen Ciders search to find the right ” Mr.Burlington ” in our town of Burlington,Vermont. It was a genius promotional idea from the fine folks at this nationally known Cider Company. It was an election that took place in conjunction with the release of Citizen Ciders ” Mr. Burlington “, a delicious adult beverage that I sampled before its debut.

70 nominations were sent to the company and they narrowed the search down to just four. It took a creative approach within the nomination to be accepted as a finalist. The four of us put our campaign teams in full gear to try to capture the crown. I learned that being a political figure for two weeks took a lot of time and effort. We appeared on television, radio and in print as well as social media. It was a wild ride. I even campaigned at a few of the local polling locations on the real election night. I met with just about every business leader in town on Church & Main and was assured that all were voting for me ! 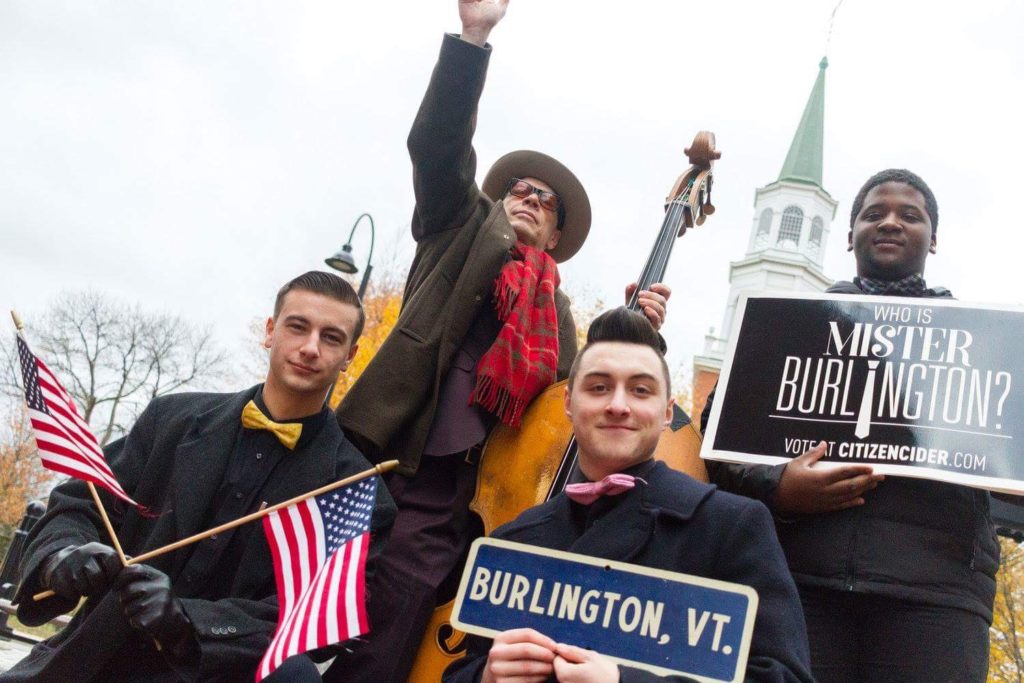 Having been a fixture in our community for the past 25 years as a professional musician and hospitality manager I was pretty sure of myself. I even had the local rotary on my side. We held rallies downtown handing out cards to passerby’s where to vote ! I had the youth snap chatting and tweeting on many a college campus and high schools, I know a lot of younger voters as I have had two move through the ranks of our local schools. Everything was in place to secure victory!

Four days left of voting we received word from Citizen Ciders marketing directer that the two front runners were just seven votes apart. Now my campaign team went full on securing many more votes ! We had this thing, everybody in town told me so. The night of the election we had a party at Citizen Cider. A really fun night and I applaud Cider for their efforts.

Seconds before the announcement of the winner after drink and dancing comes word that the two front runners ended just seven votes apart, still? The first runner up… “Billy Bratcher “. That’s the moment I reason with myself that this was really just a mock election for the benefit of Citizen Cider. 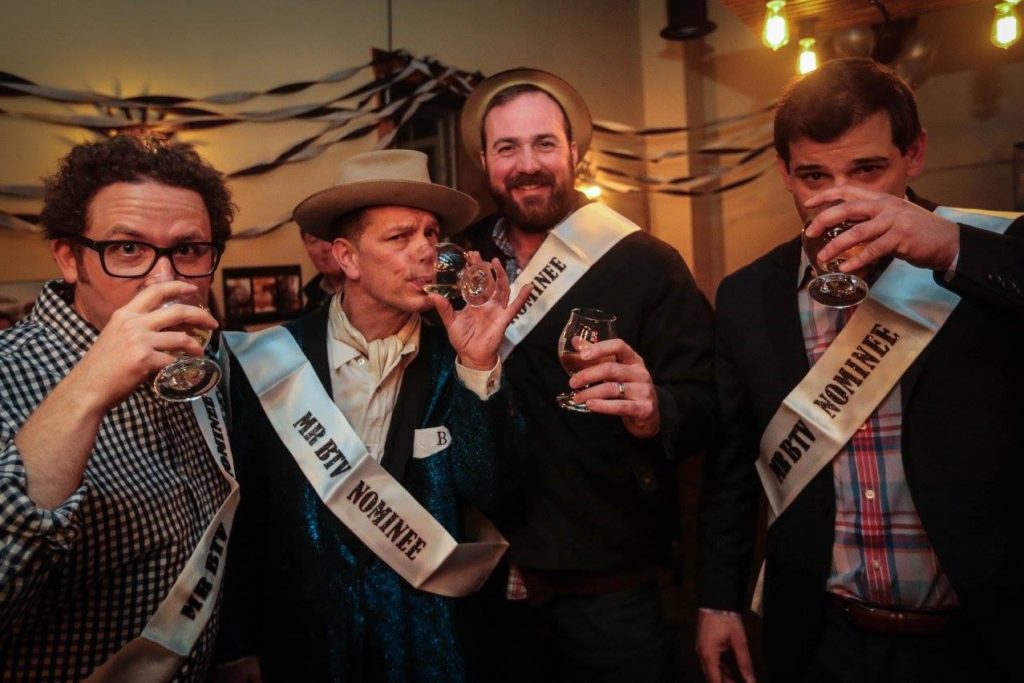 But, in reality, my pride was dinged a little as I felt my contribution to our community had historically outweighed the others. Now don’t get me wrong, great guys whom I was honored to have met and shared this crazy ride with. To Dennis at Dealer.com , I applaud you for being you. The winner was a very enthusiastic young man that fits the bill quite well, for our town and Citizen Cider. Adam and Pat were also very worthy of the honor.

The most rewarding part of the election process for me was the day I went door to door at local establishments and met so many who have supported me through the years. They reflected on all of the benefits that my band had performed through the years and the positive impact that I have made on our community. That is a solid win for me. Had Citizen Cider not hatched this crazy idea, I may have never realized how many friends I have in Burlington,Vermont.