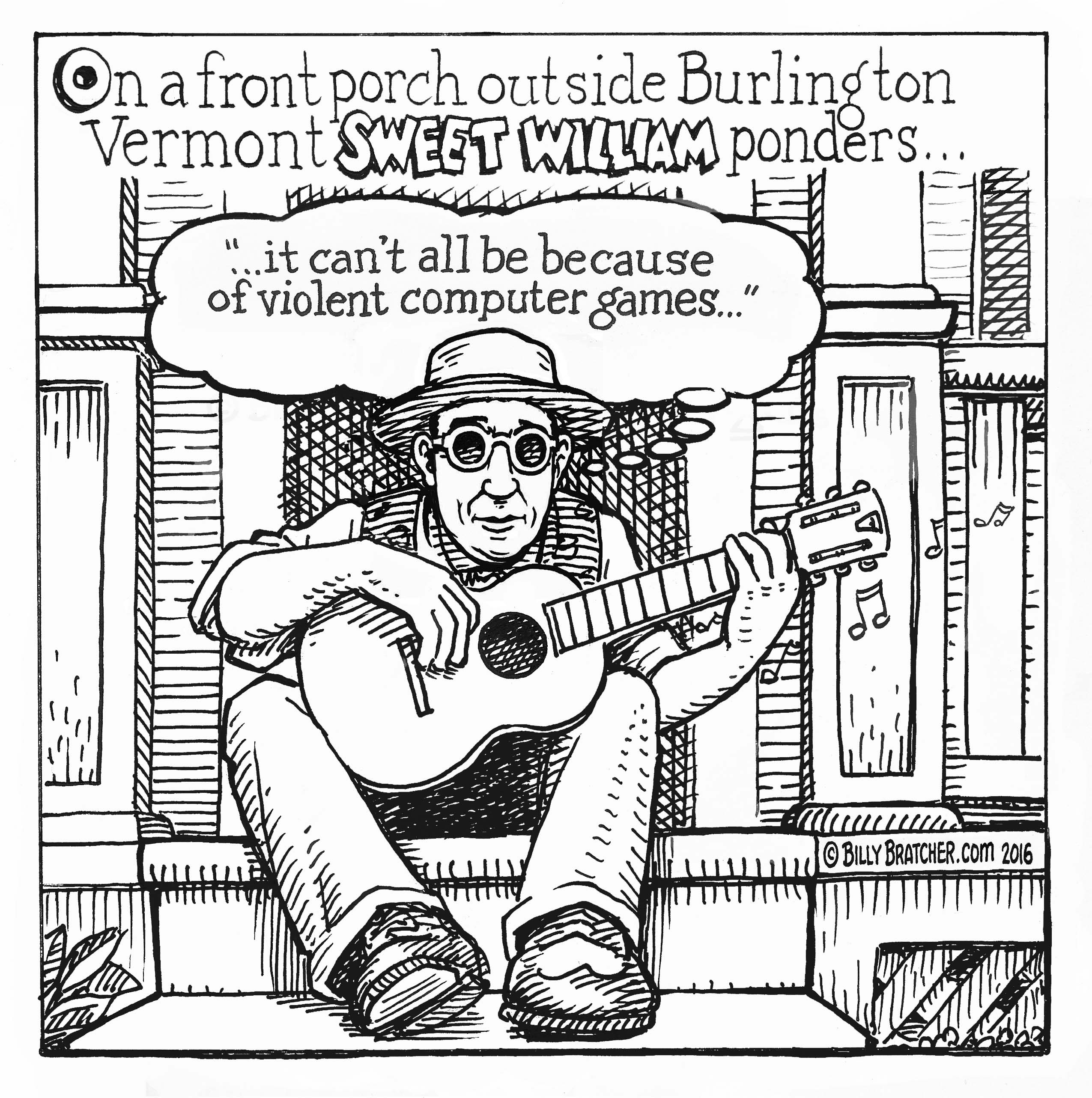 The actual factual on Sweet William is a bit sketchy cause it's hard to know what version of somebody else's telling the yarn is any more informed or lifted from a dime store Big Little Book version of a serialization of Jack Armstrong's “ All American Boy” or a Zane Gray penny western or notes from a juvenile dee-tention case worker's report about runaway kids that took off with their own kit and kabootles. I guess it don't matter now cause all the blarney makes for a colorful account none the less.

Some say Sweet William's Ma and Pa were inn keepers in a small East Texas hotel or maybe it was a travel inn motor court of bungalows shaped like chili bowls, or they were hired help in some panhandle diner that peddled Tex-Mex regional fare. He used to hint that he was from a long line of entertainment folks of noble birth with landed gentry knighthood and titles back to King Arthur. or maybe they were Irish tax dodging potato farmers who took up being merry minstrels in their new country who found their way to the shiftless sawdust trail of vaudeville and living out of a rug-sack. He never shied away for a more colorful tome ,the truth was often flexible, if not the ham bone in the very bottom of the watery soup pot.

He told of being the back up  unofficial bellhop and bagboy. 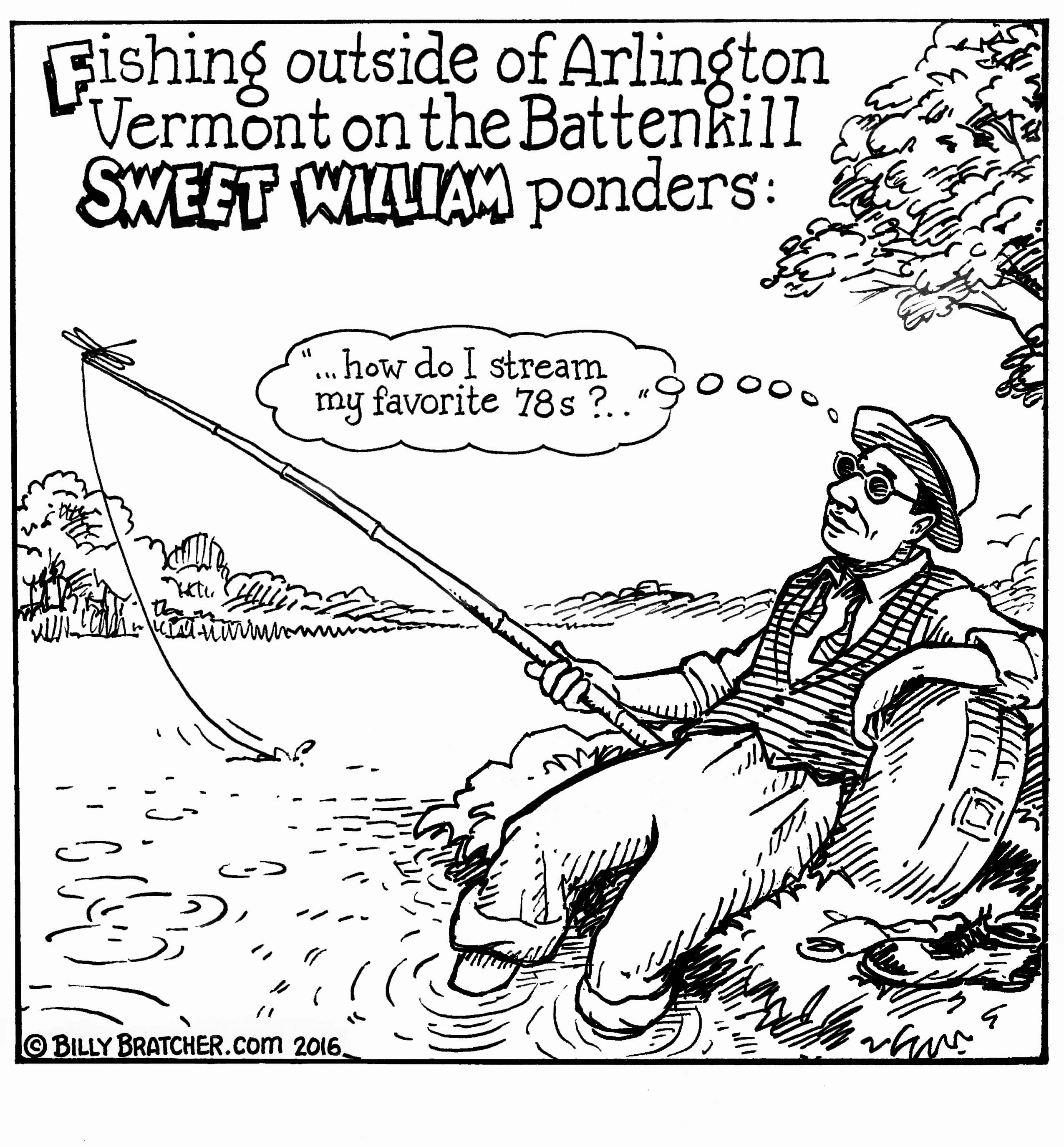 Oral accounts contend he often working for the hotel security officer who was a gin head and relied on Sweet William passing along the ways and wherefores as to the comings and goings of the establishment. Of course the confidence men, gamblers, bookies, painted ladies ,cauliflower-eared boxers, injun Chiefs, petty swindlers and medicine show peddlers were also giving him some coins to rub together to look the other way when the time came. He claimed he helped deliver block ice during the summer and part timed with a milkman's fresh dairy-to-the-door delivery during the winter . He was once heard to have gotten his first taste of show business as the matinee usher and counter cleanup part time ticket stub taker at the old Bixou Rialto. He got a nickel on Sunday morning to read the newspaper to his blind neighbor who was a one-armed veteran of some distant foreign war. He picked blackberries and saved up enough for a beat up old guitar that an old ranch hand pawned him saying it belonged to Black Bart, Belle Star or Billy the Kid. (I forget who), but that's where the bullet hole came from.

He was always quite the dapper dresser unlike the other ruff and tumble hooligans his age. 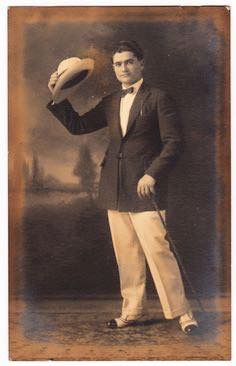 Even down at the crawdad hole he would sport his version of up town duds and had his hair slicked back with Black Cat pomade. He could turn on a foreign accent whenever he had a mind to and pulled big words outta Merriam Webster whether the actual definition was correct or not. People just assumed he knew what he was saying and just the toughs thought he was puttin’ on aires or shootin’ the breeze. He was always thrifty with an eye on how to turn a quarter. He'd show up at the lunch counter at Woolworths till somebody's malted would turn up missin’ and he'd already be two blocks down the sidewalk hot footin’ it sayin', ”which way is the fire?”

Music from an early age was part of Sweet William's education. 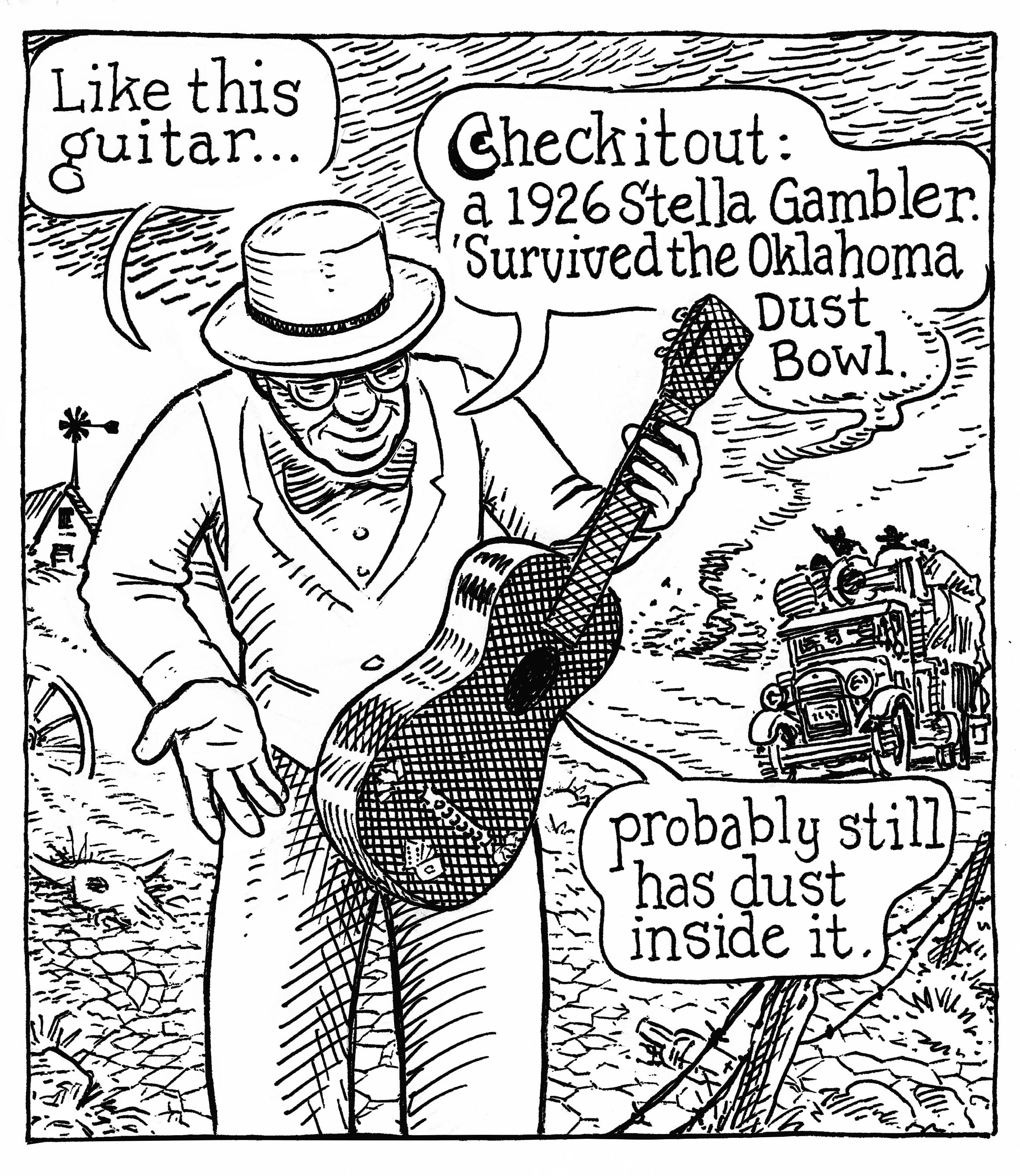 That included listening to Henry, the old negro porter at the hotel to Big Sam from Ala-Bam, the short order cook who'd always fry up Sweet William's catch and taught him hambone and how to play spoons. Of course to hear Sweet William tell it, he was a stow away on a riverboat and sailed all the way down to New Orleans and his parents hadn't a clue cause he got all of his chums to cover his chores and odd jobs around the place. He learnt French back up in the Bayou from a voodoo cajun queen and how to play the penny whistle down on Canal Street pitchin’ dimes with the coloreds’. He wasn't one to want to attend school on a regular basis and had somethin’ on the school marm so as not to get him writ up for not attendin’. His first hitchin' a box car to Biloxi was a special credit assignment and he sent picture post cards back to his classmates that got favorable marks and he came home with a box of Cuban cee-gars that he bestowed upon the principal, who was a cee-gar man for sure that had never tasted a Cuban blend previously.

So, Sweet William figured he couldn't tell the difference if it was really an Arabic blend. The principal passed him on and as Sweet William told it, he got to skip a grade or two, go to the county courthouse for a steak dinner and a special award for helpin’ relations with our southern neighbors. He made his mark with a genuine Sears and Roebuck fountain pen with his monogram on it and some say that's how he got his name, to match the S.W. engravery on his fancy pen. Before that he'd tell folk his christian name was 'Five Dollar Bill', claimin’ the missionaries got that from the legal papers left behind by his parents who was et up by cannibals on the dark continent when they found him in his diaper bein’ raised by wild chimpanzees in a similar fashion as Tarzan without the loin cloth and swingin’ through the jungle on vines.

Some say Sweet William got his moniker from his desert choice and sweet tooth. 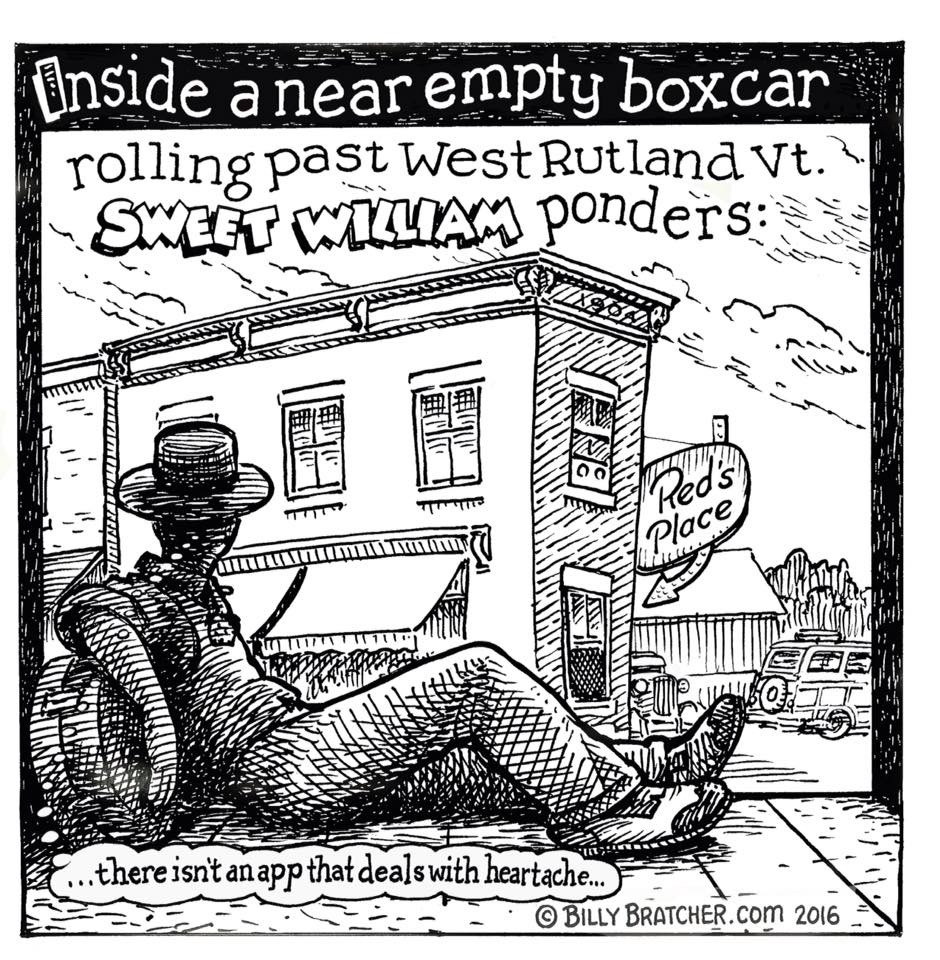 As he told it, it was from a term of affection bestowed upon him by many a lovelorn female admirer who he'd broken their heart by refusing to attend vacation bible school with. One comes to mind was Mary Anne Salto whose father was the town butcher and was most suspicious of Sweet William's amorous motives and slack jaw crooning of his eldest of six daughters. (Known throughout the tri county area as exceptionally fine featured young ladies). Mary Anne was soon to find out that Sweet William was not the mysterious prodigy of the King of Persia. limp from polio and a Scottish accent nor was he the grandson of Belle Star or an undercover rookie G-man under personal orders from J.Edgar Hoover or Charlie McCarthy himself. He didn't own a pure blood black Navajo stallion named ‘Thunderbolt’ that could appear at the call of his voice in the ancient Navajo tongue, or a motor boat with twenty-four cylinders and crafted from the rarest African mahogany, or an identical twin brother locked away in the loony bin for impersonating a silver screen matinee idol and thus buying a coach-built Packard Phaeton by forgin’ his signature at the  Packard dealership in Big Springs Texas. Mary Anne did her own detective work and found out his fall back was as the occasional ‘Pearl-diver’ at the hotel restaurant and shoeshine boy. Or, 'personal footwear finery leather attendant', as so stated. He had to confess (under duress) on his way out of town trying to catch an empty box car on the B&O Western Flyer. 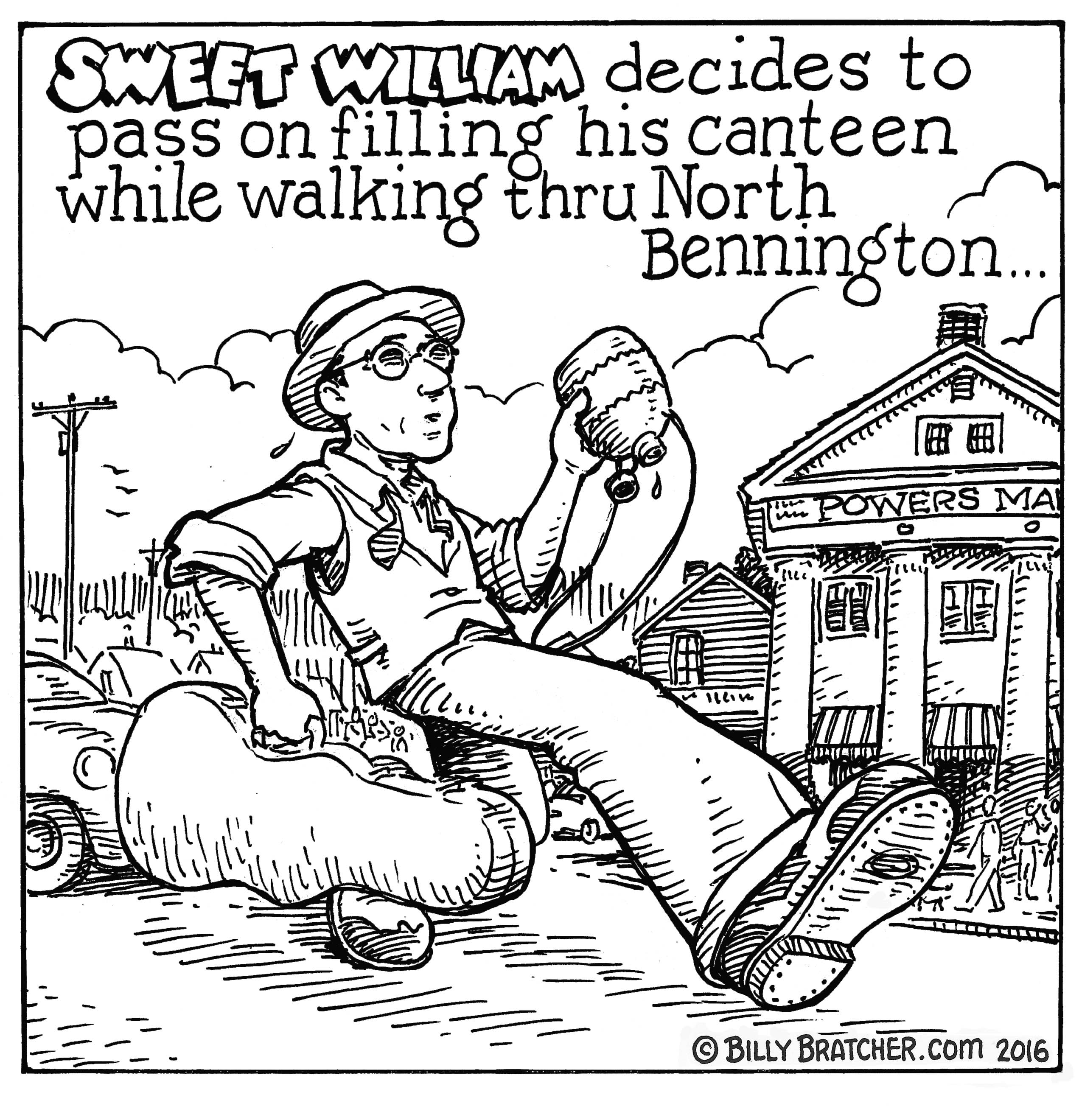 He had a special name for his trusty six string Stella Gambler guitar, which was 'Nix', in honor of his great affection of a local deacon with that last name. Sweet William assured his concerned parents that he was sure to make good with his good looks and big city plans and hometown gumption. He promised them he'd do right and strike it rich with his musical mastery once he was discovered for the musical genius he was to become. (if you believe the hokum of advance men. payola agents from the recording and broadcast companies of the day and folklore he helped spin himself). He only needed to meet the right person en route to cult hero immortality. The right needle in the haystack. The one in a million and fate had just a trusting soul in mind. Divine providence introduced him to one…” Sugar Cone “ Rose. A more than gifted natural born musical genius and ragtime piano player. 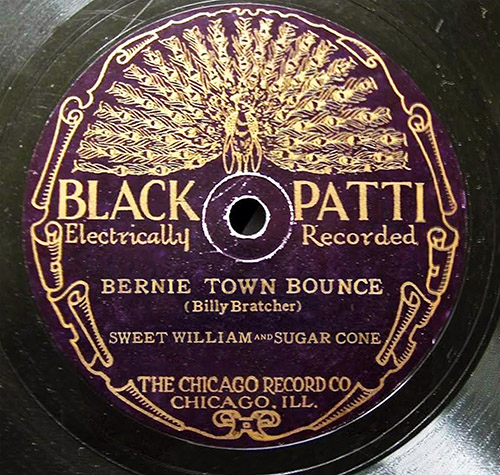 The rare 78 rpm record collector market is abuzz Monday morning all over the web after an extremely rare pressing on the Black Patti record label of 'Bernie Town Bounce' by Sweet William and Sugar Cone was purchased by a 13 year old at a yard sale. Parents of the young record collector recount that he used $5 from his home chores allowance to purchase the extremely rare 90 year old disc outside Burlington Vermont over the weekend. 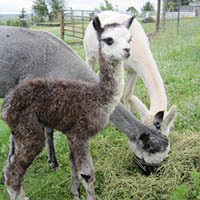 Sweet William is one of the Phish Phamily of Americana performers who came to town from Austin in 2002 after he got divorced from his 4th wife who was Scottish and it was a green-card deal and she was really a lesbian, because she hooked up with my ex. He's cool. I like his stuff. He plays a bunch of different instruments and drives an old Vee Dub that he parks at my friend's barn. 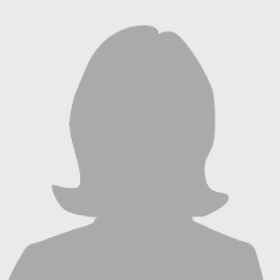 You might think he just plays old music, but its all a sham. My BFF saw him at a Dubstep club in Manhattan over spring break..he's just doing this as a fake musical identity...but its cool. I don't mean to out him in a bad way. I actually like his music. 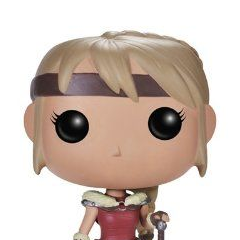 I have proof that Sweet William IS NOT his real name, and that he is an 'inter dimensional' who appears and disappears in different places and times without aging. I have written more on this scientific fact and have done numerous interviews on this topic and others. I am available for speaking engagements and I have  been contacted by 'Coast To Coast' to disclose on national airwaves the truth about Sweet William and others like him who appear as traveling minstrels, entertainers, artists throughout recorded history. I also am available to do your personal Numerological natal charts on a sliding scale and I'm available for TV appearances and have my own theme song.