It's not so much the chicken or the egg at the beginning of the origin of Sugar Cone... 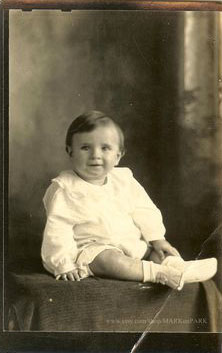 ...in this case, Sugar Cone as a wee babe or the mother of such. It just makes more sense if you know right off the bat that Marabelle was a most precocious freckled face farm girl of immigrant stock reared outside what is now popularly known as Burlington Vermont and its outlying environs. It is rather simplistic to suggest that Marabelle ran off with the Cole Brothers Circus when it left town, or whether she got pregnant with or without the help of a traveling Chautauqua piano player who charmed the young milk maiden. Or maybe she was charming him too much. During these times this sort of dalliance was regarded with considerable social disdain and was considered a scarlet stain of immorality and low bred animal instinct of the wages of sin, pick your poison. 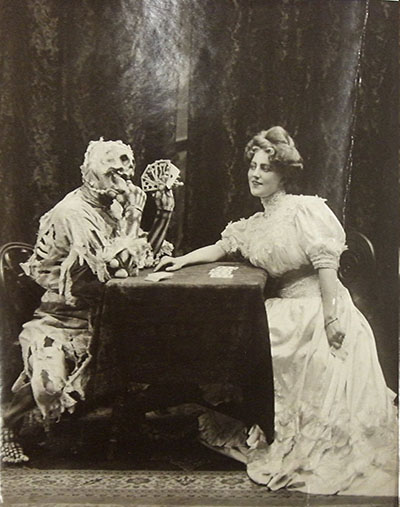 The whys and wherefores of Sugar Cone's paternity are rather unclear as of this telling. Maybe it's none of our business or not at all important in the grand scheme of things. Whether pops was a grease paint professional gaffaw prankster and dunderhead with dubious social standing as a traveling clown, or a lightning fingered bordello pianist and song stylist, or maybe an older neighbor boy with determination and some modecum of enchantment and a willing partner...we may never know for certain. In northern Vermont fashion, perhaps the story is better because of it.

Before she put on the baby weight, only to add to it with each successive pregnancy (six in all,or maybe seven, if memory serves) Marabelle cut a fine figure in most anything she wore, be that as a circus equestrian acrobat's assistant with a sheer body stocking tight or as a breezy 'modern interpretive' dancer with piano accompaniment. A saloon might be the most correct description of the riverfront bar she performed her dance review in during the off season for the Chautauqua traveling culture-under-canvas- show. She professed in a letter written to her spinster aunt Eloise that she didn't rightly know where this little blessing from Heaven originated. It most definitely was connected to music of one genre or another, as eclectic was her taste in the music that surrounded her, much like the variety of suitors who fell for her charms.

Marabelle was a very independent minded young woman who lived outside the confines of the conventional social mores and institutions. 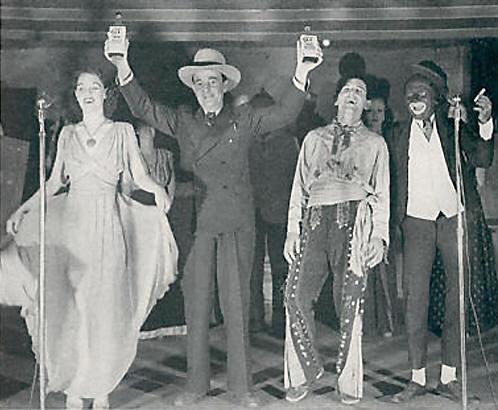 Her bohemian existence might be described as scandalous in her day, ”liberated” in ours, this much later. She insisted on the benefits of mother's milk and breastfed all of her children to the age of four or when they entered primary school or the equivalent. Despite cutting the cord to the family farm, with all its pastoral repetitive chores and drudgery, she was still very much the milk maiden . If one only held that singular line of knowledge about Sugar Cone's mother, Marbelle, it would be rather predictable to make the assumption that this had the direct bearing of how he got his name sake. But that would be too easy to conclude. You’d know better if you were raised in Vermont.

Sugar Cone was always a bigger than average type. 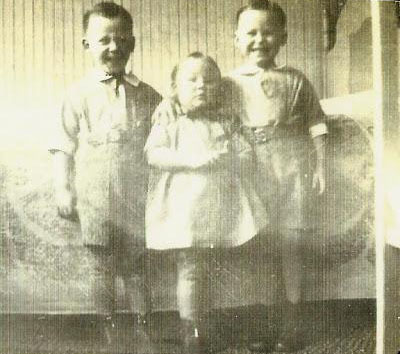 Marbelle reasoned that it was because she carried him for eleven months or maybe a tad longer. He tipped the scales at just shy of fourteen pounds at birth, or maybe fifteen. It was the scale at the post office in Monkton. Sugar Cone was not like most crying newborns. He seemed quite calm and self assured with a full head of hair and relaxed disposition. He responded well to any source of music and his fingers and feet tapped out a rhythmic beat that was uncanny to all that saw him as a child. Some say that Sugar Cone's natural musical abilities were bestowed upon him through Pearl Jackson, his mother's beloved best friend and wet nurse for Sugar Cone when Marbelle took sick with Spanish flu. Pearl was from Greenwood Mississippi originally and had taken off from an abusive alcoholic gambler husband many years her senior who had won her hand to wed by way of a card game lost by her father who was a blues musician and former chain gang convict. "It's all in the milk", so they say. In these pre-integration days Sugar Cone was just as comfortable in the households of colored folk as he was with the clowns and carney crowd and stuffed shirts that Marabelle kept company with. This was part of her ‘worldview’ on humanity and that language of music was indeed international and known to all.

Apparently Marabelle was quite fertile and Sugar Cone found himself caring for every newly arriving sibling .

People often assumed he was older than his natural age and he was the proud protector of Ma’ s brood. He was a natural caretaker of his younger brothers and sisters and Marbelle often left him in charge of their care when he was barely old enough to look after himself. He was always soft spoken you might say, the 'quiet' type. Quiet that is until his fingertips found the piano's ivories. Once he was old enough to strike a chord on an old upright, it was obvious the child was some kind of musical savant or prodigy. If they’d had any money, Marabelle would have paid gladly for musical instruction. It twern't no matter because once Sugar Cone started playing the piano he wouldn't stop and all the adults were adoring of his natural talent and ability to play by ear from whatever he'd heard. Melodies came like magic to the young Sugar Cone and Marabelle was amazed to realize that people were willing to put coins in his hat after he sat down to play. 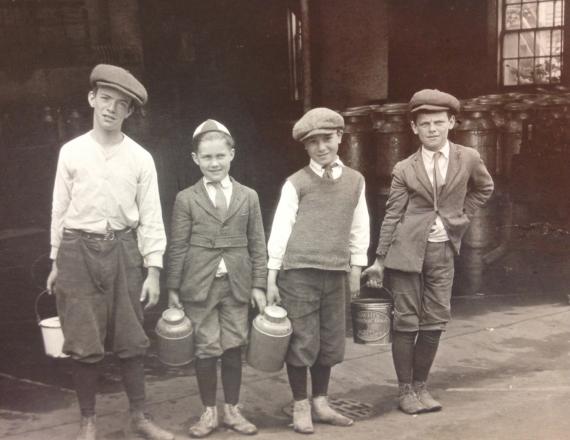 Marabelle's unstructured nomadic lifestyle and growing number of children taxed her meager resources and they were often just one step ahead of children's services and John Law who were always inquiring as to the well being of Marabelle's litter. After a particularly disappointing half season's newspaper's reviews to Marabelles tired and aging dance and comedic vaudeville act reflected in underpayment (and carnal exchange for that), Marabelle shipped Sugar Cone off to Pearl with the three youngest, a half loaf of white bread and a gallon of fresh breast milk, which wouldn't keep due to the lack of refrigeration and summer temperatures in Youngstown,Ohio. 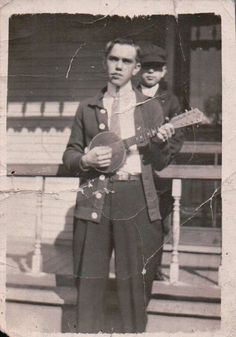 Pearl wisely realized that Sugar Cone and the three youngest would be better off back in Vermont on the farm of Marabelle's parents and brothers and sisters. Marabelle mistook this rational and viewed it as the ultimate betrayal of lifelong friendship. The transition to life on a dairy farm wasn't a traumatic adjustment for Sugar Cone once he found that his grandparents had an old upright piano missing some keys stored in the barn where it hadn't been touched for years and had become the home for generations of rodents. Certainly it was not as traumatic as Marabelle had imagined. Perhaps it was a slower pace and less colorful most likely, but it was structured and predictable and there were neighborhood kids to contend with. There were also endless chores and duties and no freedom to wander off. Sugar Cone loved the Guernsey Cows and developed a special bond with each one, and they with him and his gentle piano playing hands. His grandparents and their neighbors began to recognize Sugar Cones' extraordinary musical gifts and he soon had a reputation as “ that piano playin’ kid who can play anything once he hears it". ‘Hears it...’, referring to on 78 rpm record, the radio, being sung in church, or in his noggin. Sugar Cone began to combine parts from different songs and different sources into new compositions of his own which dazzled his  school chums and adults. He certainly didn't look the part of a maestro, but he could play any piano like one. Playing music became his ticket to social acceptance while away from the piano stool he remained quite introverted and very much to himself. He became the source of musical diversion on the dairy farm, and even those most envious of his talents couldn't deny that they enjoyed hearing him play. Especially his own favorite barrelhouse ragtime piano tune compositions. Sugar Cone knew he could duck out of the most dreary chores if he could start banging out some catchy tunes on the old upright before any adult could chastise him for missing a milking.

Sugar Cone was too shy to follow through at talent competitions or self promote himself on WVMT radio or movie houses. 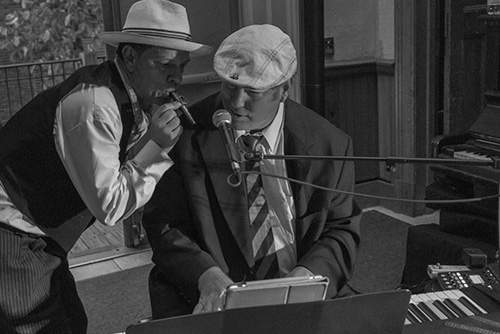 It was a fact that hamstrung his professional capabilities and child prodigy recognition. He played the piano for the sheer joy of it, not to elicit admiration and applause from any listeners. He was reluctant to play with any accompanists, despite all sorts of offers. Very few of such come to mind until his fated pairing with another most remarkable self taught entertainer. His name was Sweet William. And that is a whole story in of itself.