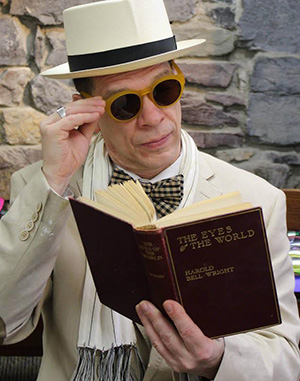 Billy Bratcher is not your typical successful musician/performer.

One has grown to expect the predictable fame story. Small hometown kid that didn’t fit in. He gets a cheap guitar (or bass in Billy’s case), started a band with friends. Big dreams, Hollywood trek, one-in-a-million break of course. Opening spot for a supportive already-famous band. Touring, Critic’s delight. Album sales. Chart validation with commercial airplay. Arrival on the scene. Publicity machine kicks in. Sudden excess income, women (first groupies, then models, then actresses), partying, drugs, fast lane, fast company, arena tour shows. Enter personal dissatisfaction. Egos and infighting. Firing founding band member(s). Bad label advice. Crooked accounting. Living beyond their means as rock stars…the music suffers. Burnout. Rehab. Breaking up. Regrets and the eventual reunion after somebody dies or a plane crash or overdose or…you know, it’s practically scripted. How many of these ‘story behind the music’ are practically indistinguishable from anyone else who had a best selling album or two? 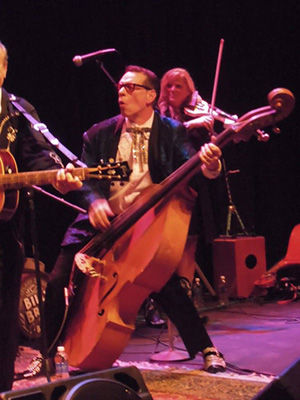 That’s why Slappin’ Billy Bratcher is a refreshingly separate kind of success in the music industry.

Sure he was the hometown blue collar kid from Bennington Vermont who had to work for whatever he wanted. He taught himself his music chops from listening to Elvis and reggae records records and playing with Visible Twitch. he wanted to be in a hoppin’ ska band but settled on playing Rockabilly. Their success and his skills grew with local exposure and playing alot. Other more accomplished musicians and professionals took notice and he got recruited to tour with Wayne "The Train" Hancock out of Austin Texas.

Billy loved the intensive tour schedule, performing to sold out audiences and getting himself out there.

More opportunities for the kid from Bennington…now Burbank California and Hollywood. More offers, more pressure. Greater expectations. Temptation and distractions and choices. The embarrassment of riches, so to say. The offers came in. Solid touring with Wayne Hancock and the realizations gained from watching the life and lifestyle and costs for those around him performing night after night. Billy never strayed from his hometown work ethic roots, looking back over a wonderful marriage to his sweetheart of 22 years and two incredible teenagers. In fact he smiles with joy. 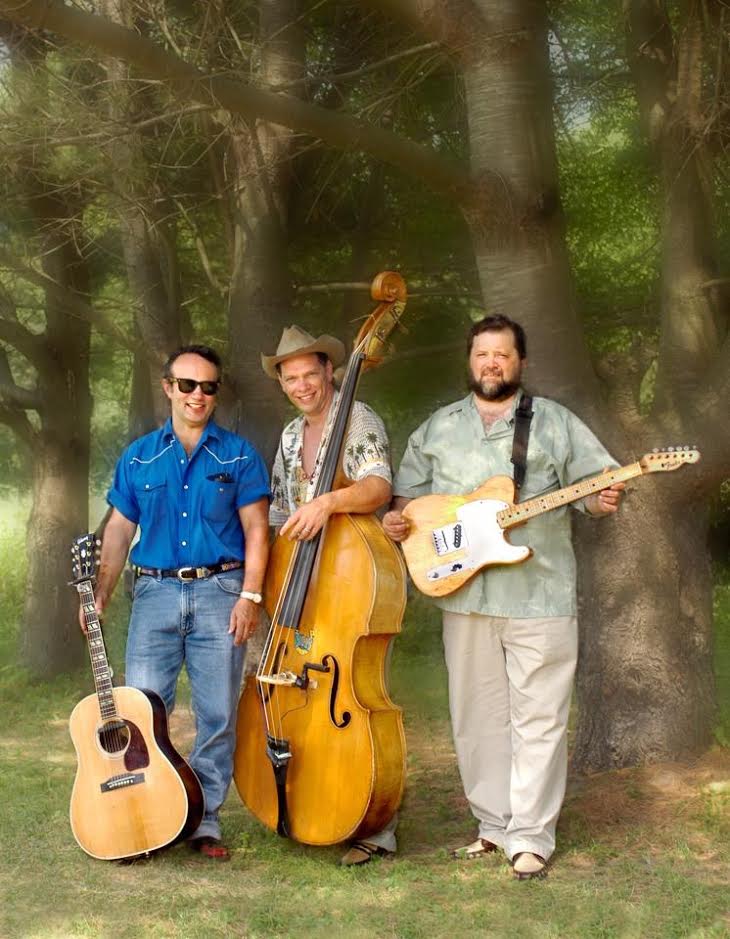 Celebrating 18 years as a founding member of ‘Vermont’s house band’.

The ‘Starline Rhythm Boys’, a rockin’ rockabilly trio, how many albums and CDs and appearances throughout? And there is the pleasure of writing most of the music and performing with two of the best musicians in the U.S., more invitations for bookings than the schedule allows at a time, and a new side project, Sweet William and Sugar Cone”, a comic strip, 78 rpm record collecting with vintage instruments. Most all of his musical career is centered around his wife and kids and family life. He can usually be found helping out a neighbor with the chickens or with a function at the Burlington Sheraton that benefits all of Vermont and his extended friends and family. Most famous and then fallen music heroes/icons would gladly trade places for the success Billy Bratcher has achieved.

A life in balance. To be a part of his community and a full time musician who continues to grow, perform live, record and enjoy the good life with blue skies ahead ? You bet. Ask Billy Bratcher yourself, with a smile on his face and a song in his heart.